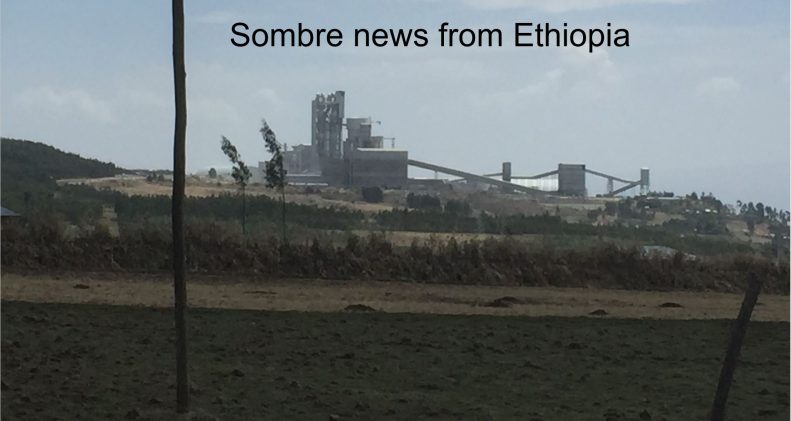 CemNet Newsroom reported on 17th May 2018 that Deep Kamara, Dangote Cement’s country manager in Ethiopia, was killed by gunmen on while returning to Addis Ababa from the factory. Reports suggest that Mr Kamara’s secretary and driver were also shot in the incident which occurred in the unstable Oromiya region.

This is an atrocity against Mr Kamara, the two employees and Dangote Cement. It is also a tragedy for Ethiopia. Who would invest in the country when such crimes are taking place?

Whitehopleman have travelled along that same road from the factory to Addis Ababa more than 20 times. Outwardly it always seems like a quiet pastoral throwback to times long past in many parts of the world. Who would have thought that such crimes could take place in such a seemingly peaceful place.