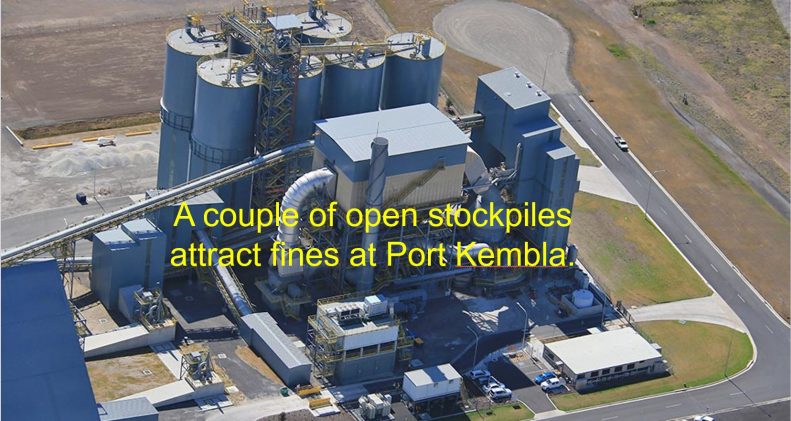 It’s amazing that a couple of small stockpiles at Port Kembla have attracted so much attention. CemNet Newsroom reported on 12th March that Cement Australia’s Christy Drive operation has been served fines of AUD30,000 (US$23,500) from the Environment Protection Authority for improper storage of its materials. The Cement Australia facility earned the fines after the EPA found two licence conditions had been broken. The company was fined over failing to cover gypsum and limestone stored in the open on at least five occasions since January 2016.  Under the facility’s planning approval and licence conditions these materials are required to be stored in an enclosed location to prevent dust emissions.

Whitehopleman has enjoyed a long relationship with Cement Australia, although not recently. Back in 1997 the then Australian Cement were Whitehopleman’s first customer with Dr Clark visiting their Railton factory in Tasmania on numerous occasions. Happy days!